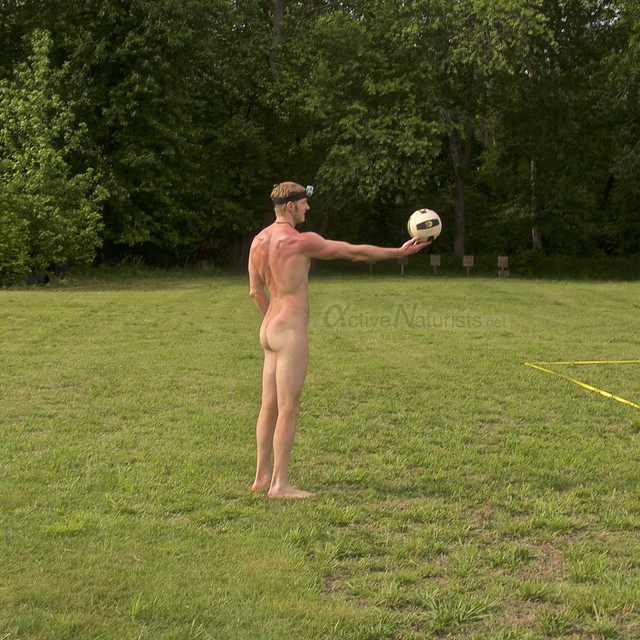 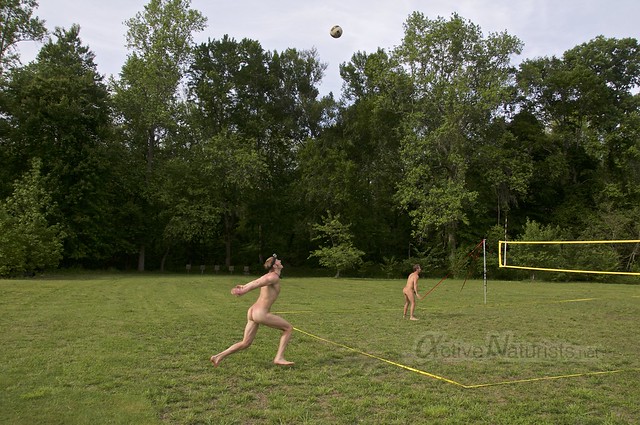 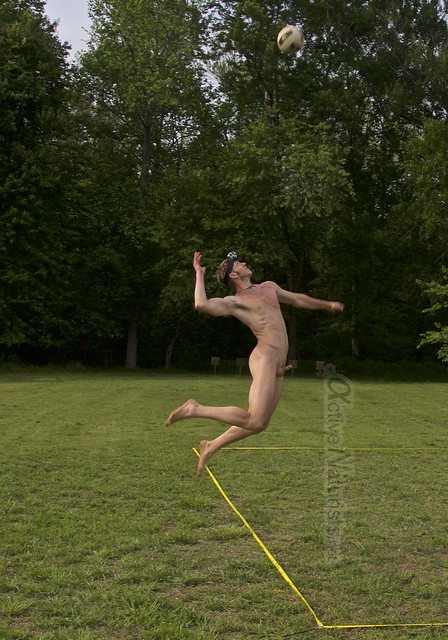 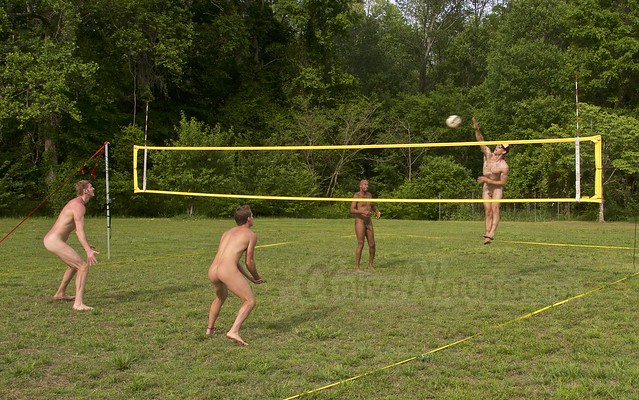 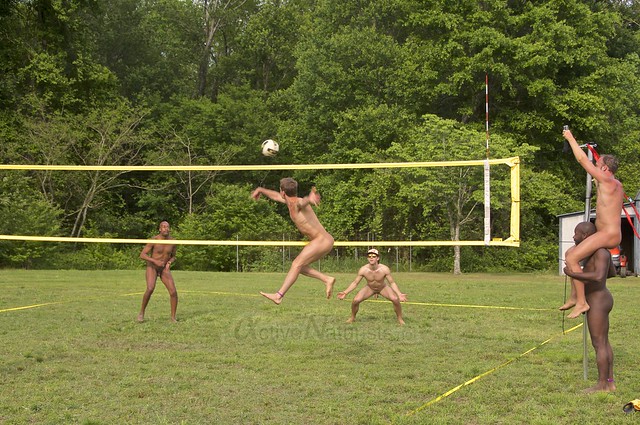 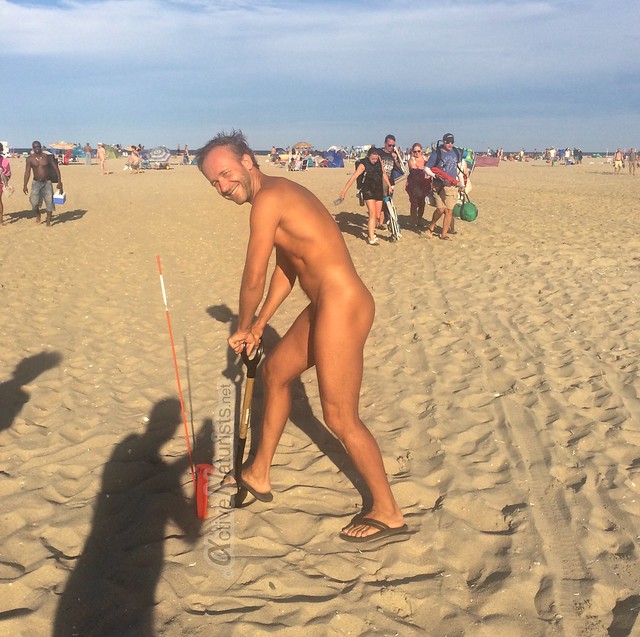 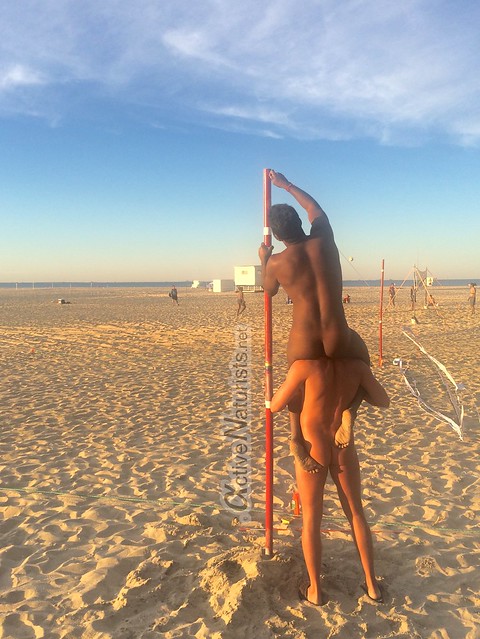 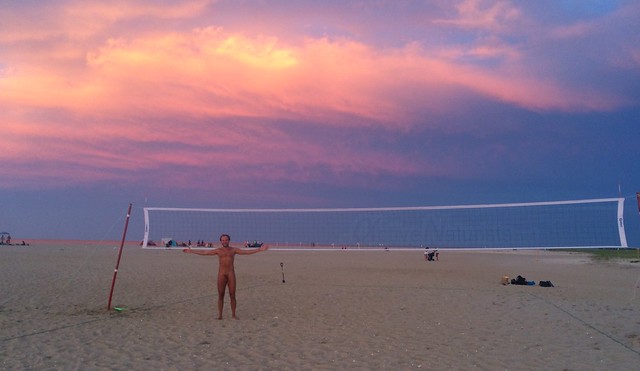 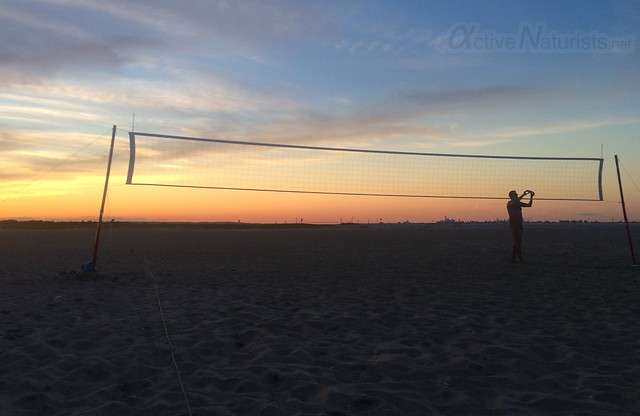 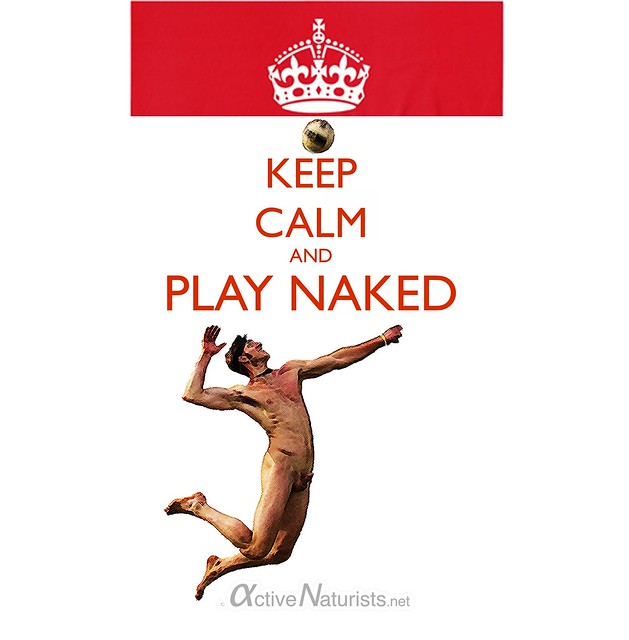 Naturists playing volleyball is a cliché, but I think it’s a good one! Let me know if I’m wrong, but apparently the largest naturist sport event (after the original Olympics in Ancient Greece were prohibited) is a volleyball tournament which takes place every September in Western Pennsylvania – The Original Naked Volleyball Superbowl. As its venue, White Thorn Lodge, is probably all white in snow right now, before reporting on our experience there, I’d like to announce that a similar event will take place in one month in the Sunshine State of Florida: the 14th Annual Super Bowl South Ten Day Volleyball Tournament. Well, quite a bit of information has been included in the name already, so I’ll just add that it takes place at Lake Como resort in Tampa area from 6th to 15th of March, with finals on the last day. See you there 😉

Here is a promo video for this event. If you notice, they don’t really show much of the volleyball game itself though, and yet it’s more than the bigger event in Pennsylvania allows: although this blog usually features photos and videos to accompany most texts, absolutely no photos were allowed at the Volleyball Superbowl at White Thorn Lodge. I’d like to hear your opinions about it, but I find it unfortunate. If naturist movement wants to promote body acceptance and normality of nudity, it seems counterproductive to forbid photography and video at such a big event as Volleyball Superbowl, as it may only reaffirm general public’s opinion that nudity is something to be ashamed of or at best suitable only for private/secretive setting. Sport events make the top most watched TV broadcasts – the Summer Olympics, football and rugby World Cups, Tour de France etc. globally, and Super Bowl in USA – so it appears that naturism fails on capitalizing on demand for sport videos to popularize the movement. And it’s a pity even more so, because such videos would promote naturism as an active and healthy lifestyle.

Well, actually there is an article and a video by ESPN about the Naked Volleyball Superbowl, but unfortunately, it doesn’t do justice, in my opinion, because all photos seem to be staged and everything possible was made to conceal genitalia and women’s nipples. (Good move, ESPN, with your Body Issue series, but it’s kind of only a half-move for the aforementioned reasons…)

Is there any solid reason behind such strict rules at the Naked Volleyball Superbowl and some other similar events? Perhaps the organizers are afraid that many people wouldn’t want to be outed as naturists publicly, and if they allowed photography and TV, fewer visitors would come and some would feel uncomfortable (which, again, is contrary to naturist philosophy of nudity’s normality). But such events as the World Naked Bike Ride attract even larger numbers of participants, and nudity is on display in front of much larger audiences in some of the world cities such as London (as opposed to private nudist clubs)… Perhaps a solution to keep ‘shy’ people happy at the Naked Volleyball Superbowl and the like would be giving out wristbands of different colors to those who are fine with being photographed and those who aren’t, and  make the photographers and TV crew sign release papers accordingly…

The only argument against photography that I personally would [maybe] accept from the organizers is if their intention were that participants enjoyed the immediacy of the event. This is how no-photo policy is explained at the ‘Output’ nightclub in New York, for example. While I don’t necessarily feel that I personally lose immediacy every time I take a picture (sometimes even on contrary, I get deeper into the moment taking a picture of it), at least such an argument at naturist events wouldn’t send you to the assumption that nudity is somehow shameful 😉

Regardless of the photography issue, there were many moments to enjoy at the Naked Volleyball Superbowl. I went with two friends – Tam and Mat 😀 – and immediately upon arrival we made a few new friends. From people at the reception to our campsite neighbors, everybody wanted to make sure that we had everything necessary for a comfortable stay. It was indeed very helpful, because my other friend Don had to cancel his trip last minute, and he was supposed to bring some camping gear. In the end, everything went smoothly, and we greatly appreciated friendliness of White Thorn Lodge members and so as fellow campers who also came specifically for the event: we were offered to use the grill, a ride to Pittsburgh on the way back, and were invited to dinners and parties. Some camps, such as Quebec’ team and Tiki-Tamba, had decent sound systems and DJs, so at night the atmosphere was very much of a festival.

We went with the idea to play lots of volleyball, but we didn’t realize the event was indeed that serious about the sport. It actually turned into a volleyball marathon of three full days! On Friday, we built our team with our campsite neighbor John, his friend from local community and that friend’s friend’s teenage daughter. So, our team pretty much reflected the open nature of this event! With around a thousand participants (in some years, up 1500!), Naked Volleyball Superbowl truly brings all kinds of people together. Some arrive with fully formed teams, others find teammates on the spot. This diversity is also reflected in volleyball skills, as competition includes men’s and women’s AA, A and B classes, and multiple mixed C/Novice level teams. We started as a novice team but on Saturday were upgraded to C (Novice+). Sunday was the day of the actual competition, by which we were quite exhausted. None of us had much experience with volleyball, but we did pretty well, at least better than we expected, just failing to reach the finals. It was also nice to walk around and watch other matches, which differed quite a lot, depending on the surface (grass, sand, asphalt) and levels. After corn roast in the afternoon, the event culminated with men’s AA finals. I’d never seen volleyball of such high level and was amazed that it looked like a totally different beast from volleyball games that you see at a beach typically. This was inspiring and impressive, and nudity made the whole experience only more exciting. After seeing this game, where the volleyball was certainly not the only kind of balls bouncing around, I could assure that the claim by some naturist skeptics that vigorous activities are not suitable to do naked because certain body parts would “move too much” and “get hurt” is complete bollocks! Well, perhaps such skeptics should consider the Russian version of the proverb that a bad workman always blames his tools, which is ‘плохому танцору и яйца мешают’ and literally means ‘a bad dancer is impeded even by [his own] balls’. 😀

I can’t wait for the naked Volleyball Super Bowl South in Florida and then hope to practice volleyball more at Sandy Hook beach this summer to be in better shape for the tournament at White Thorn Lodge again!

I’ve just read about two TV programs that will show naturist families on Friday night, in Spain and in US. That’s an interesting coincidence. I probably won’t be able to watch either of them, but here are the links with some info and previews: