Last Saturday, Boston had its own edition of the World Naked Bike Ride, when more than 200 people took over its streets. 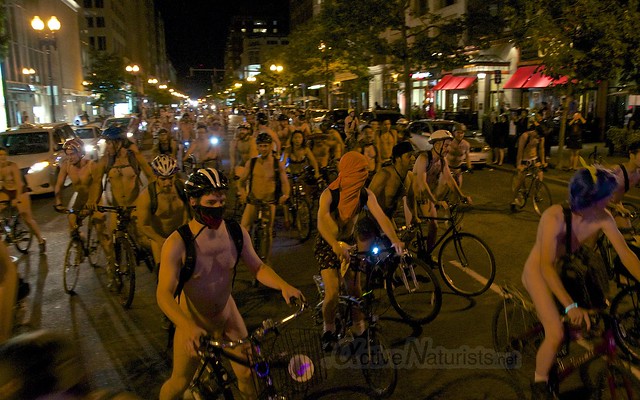 It’s my 4th city where I’ve done WNBR, but it’s the first one where it takes place at night.

I won’t stop repeating that WNBR is probably the most cheerful and peaceful demonstration against oil-dependency, promoting human-powered modes of transportation as a healthy alternative. It serves as a fun bike tour too, and I think I’m going to make it a tradition to visit new cities for WNBR. 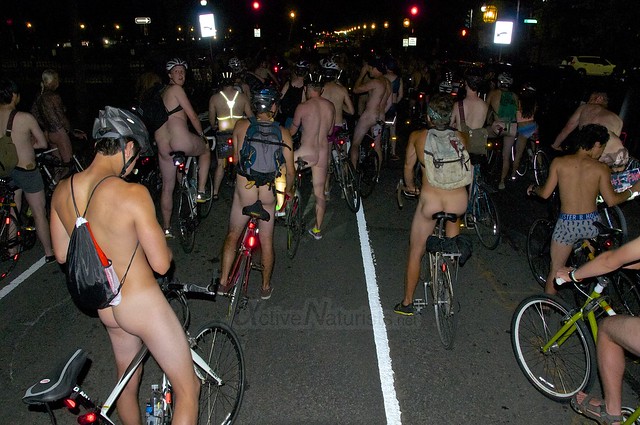 I’m not sure that nigh is the best time of the day for WNBR, as we want to have a bigger impact on public, and Boston is not the city that never sleeps. However, we passed through both sleeping and bustling neighborhoods, with overwhelming support from the street crowd, especially on the streets with bars 🙂 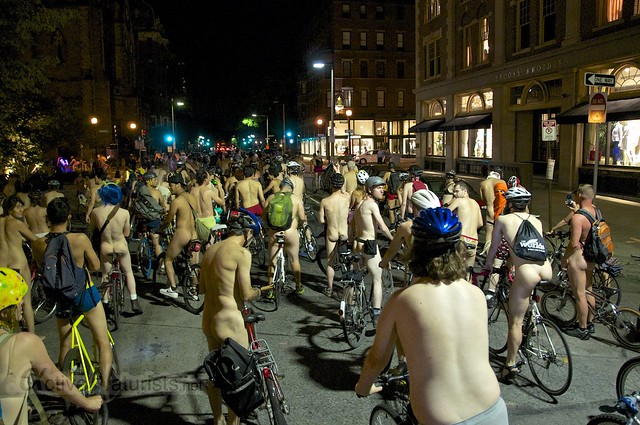 We had a couple of short breaks to catch the breath in parks, 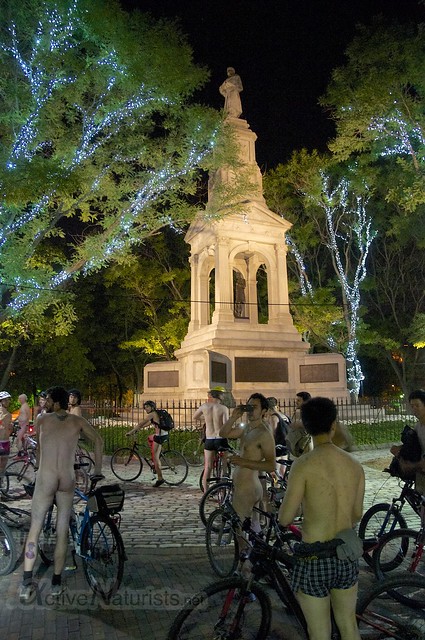 just to fill up the streets again with new power. 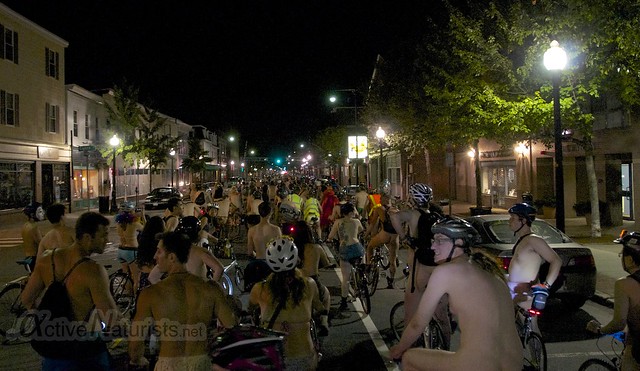 Altogether we were riding for more than 2 hours through Boston downtown and Cambridge in our altogethers!

Given the nightly atmosphere, it was nice to have some bright lights, which a friend of mine gave me as a present after I got hit by car; they are a bit too crazy to use them on a daily (or rather, nightly) basis, but they served just fine for WNBR in NYC and now in Boston, and thanks to them I got on boston.com site – check out the photo gallery with yours truly.