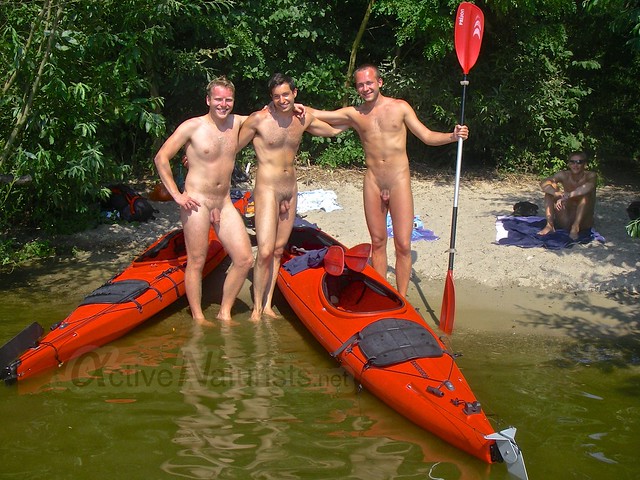 Wannsee, or more specifically Großer Wannsee, is a relatively large lake in the westernmost part of Berlin. It hosts Europe’s longest inland beach – Strandbad Wannsee, but we usually hang out at more secluded spots north of it. Strandbad Wannsee is just one of  2 or 3 beaches in Berlin with an entrance fee, which I assume supports facilities and cleaning operation; naturist part (or FKK, as it is usually referred to in Germany) is in the northern side of the beach (i.e., to the right, if you face the lake). There are a few small beaches to the north of Strandbad Wannsee, which are free of charge and free of clothes as well 🙂 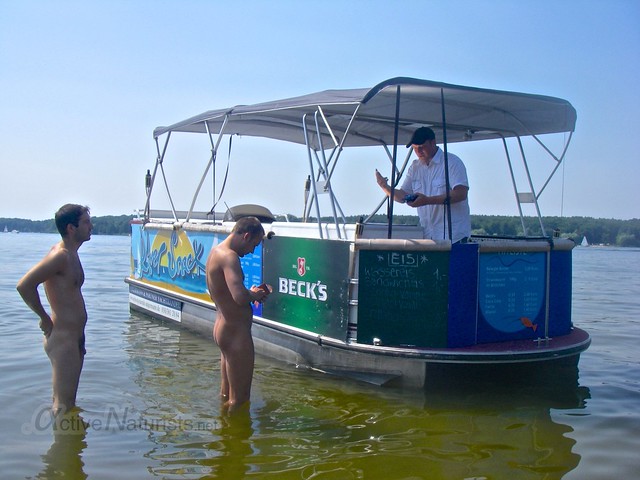 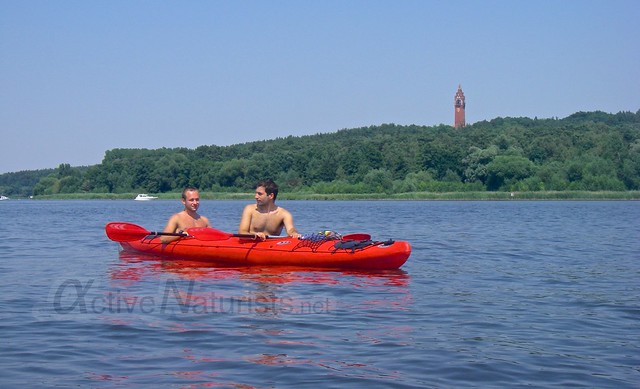 As you’ve figured from the photos, our favorite way to get there was kayak. 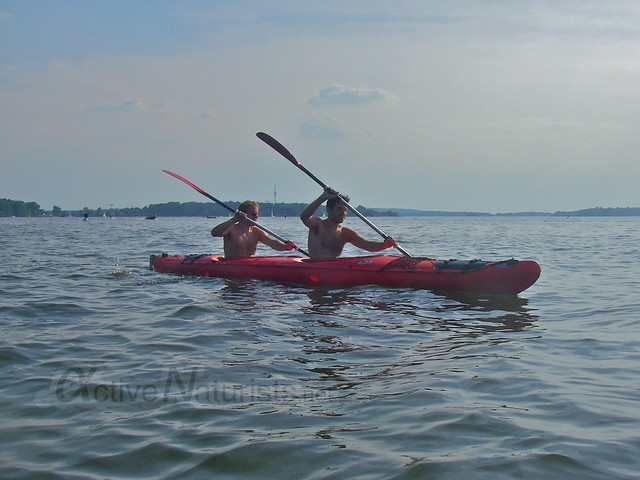 Kayaking in calm waters of Wannsee is easy and pleasant; it provides great views of the forested shores of the lake and good exercise for your upper body! Kayaks and canoes can be rented from Der Bootsladen upstream at a canal of the Havel river. 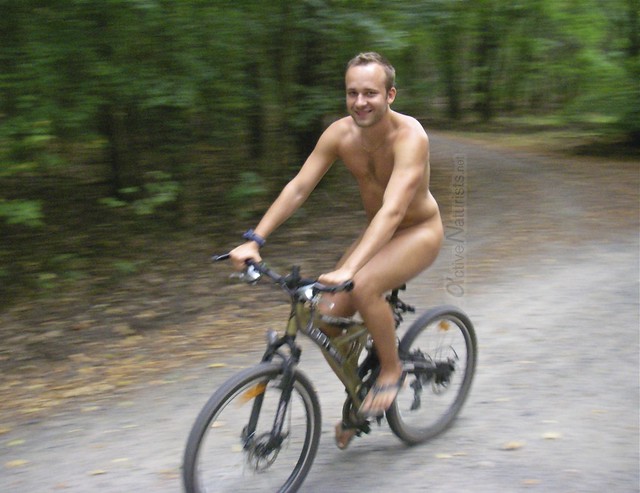 You can also get there by public transport too, metro (S-Bahn) plus bus, but we often opted for cycling either all the way or from S-Bahn stations Nikolassee (nearby) or Grunewald (long ride). There are numerous dirt roads and trails that cross Grunewald forest on the way from S-Bahn station Grunewald to the sandy beaches of Wannsee. It’s more fun and refreshing to ride bicycle naked, and we’ve done it on multiple occasions – other people seemed to be cool about that. 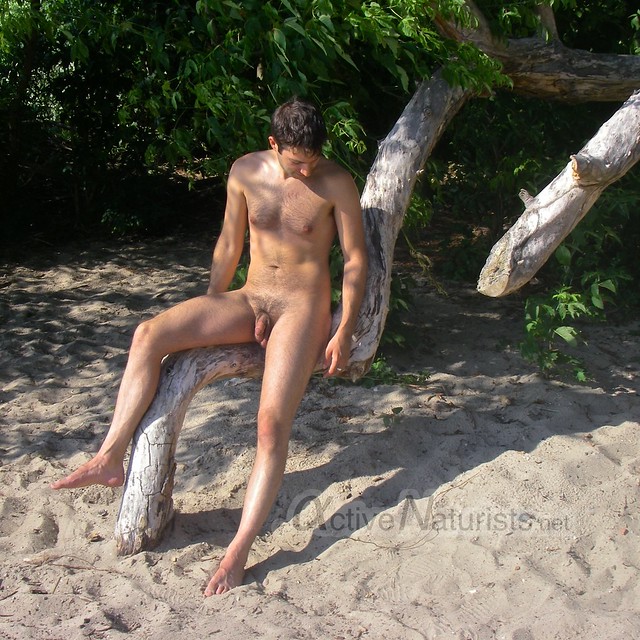 At our favorite spot by the Wannsee lake, there was a fallen tree that provided comfortable sitting. 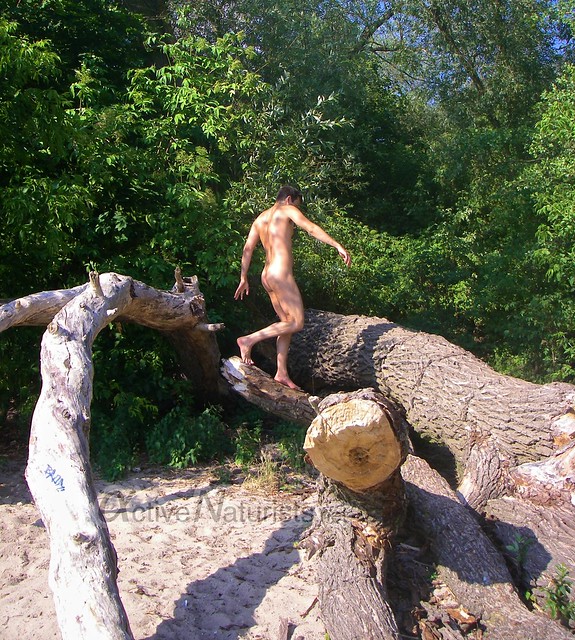 But we wouldn’t be active naturists, if we just sat there – 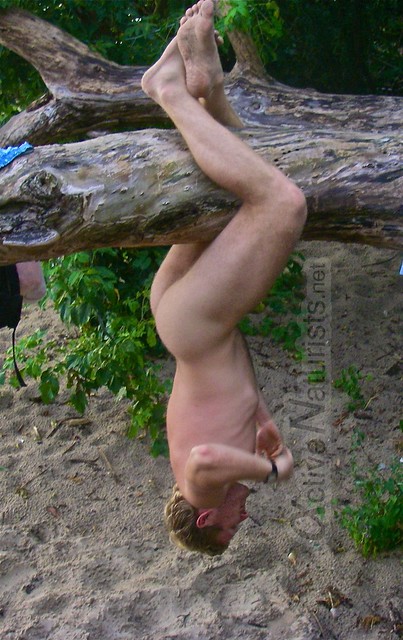 how about some upside-down calisthenics exercises?

Well, swimming is obviously another activity one would engage in at the lake. Swimming with swans is quite fun; swans often appear as curious about humans, as we are about them, and I tried to make friends among swans at Wannsee. 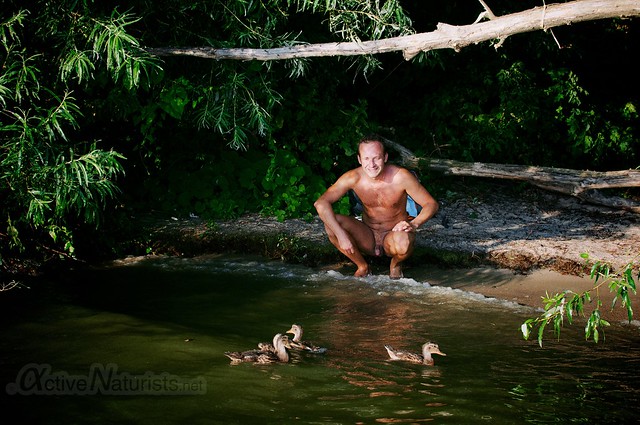 Ducks seem to be more straightforward and approach to check if someone is willing to share their food with them. 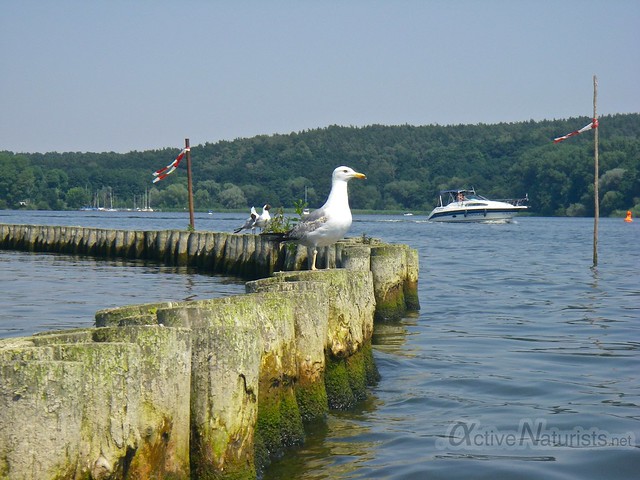 Seagulls are also common at Wannsee, but they prefer to stay away from people. 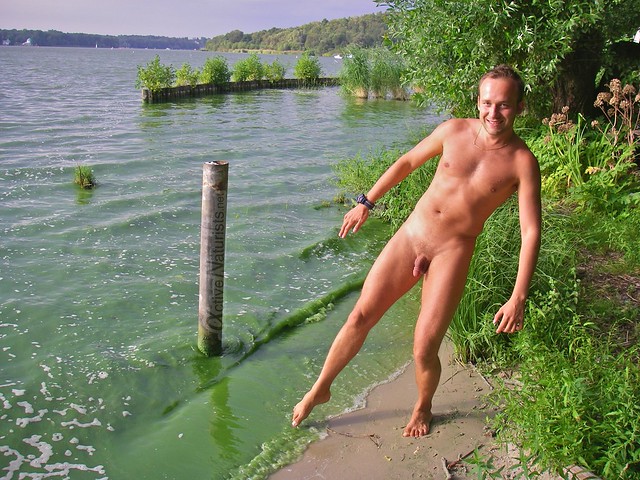 In any case, before you go swimming, make sure the water isn’t green, as once there was an intense algae bloom. Algae blooms are not necessarily toxic and may happen during sudden changes in weather conditions and when phytoplankton is not consumed fast enough by zooplankton and mollusks. 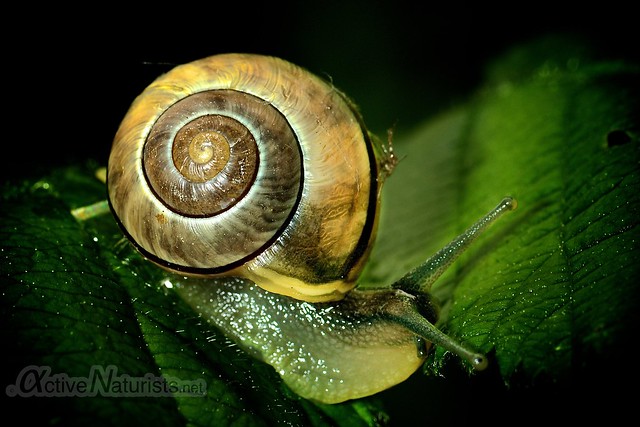 This terrestrial snail isn’t the kind of mollusk that would help with an algae bloom though. But I thought it’d provide a nice contrast to ‘active naturists’, as it is both sluggish and super-clothed, carrying its entire house all around 🙂 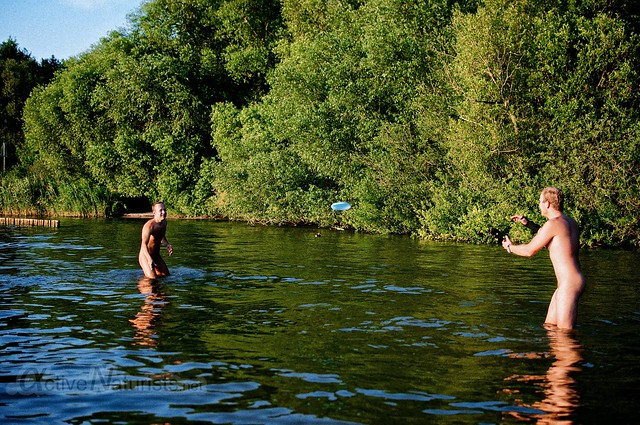 We, on contrary, like to jump around totally naked, as you know, and shallow waters of Wannsee proved to be perfect for playing frisbee in water. It stays about knee- or waist-deep for 20m or so by the shore, and the bottom is sandy. As it is more difficult to run around in water, it provided an incentive to aim more precisely. 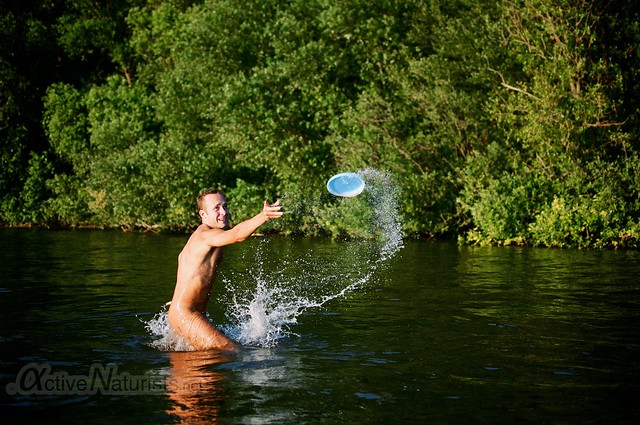 Jumping out of water while tossing a frisbee disk proved to be a lot of fun,

and again it was a good exercise for legs. 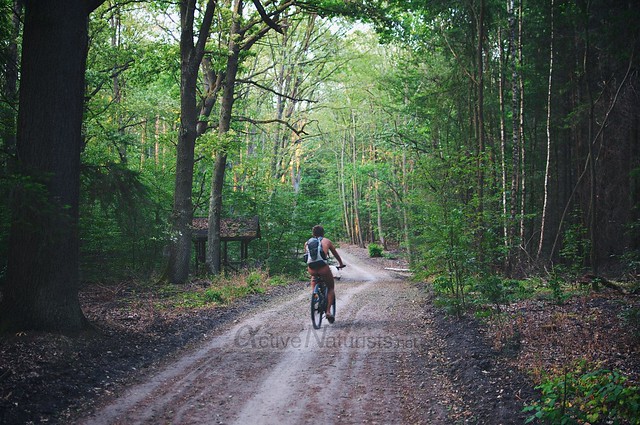 And if that’s not enough for the day, we can always cycle naked through Grunewald on the way back home.

12 thoughts on “Wannsee in Berlin: kayaking, swimming, biking, frisbee – you name it!”