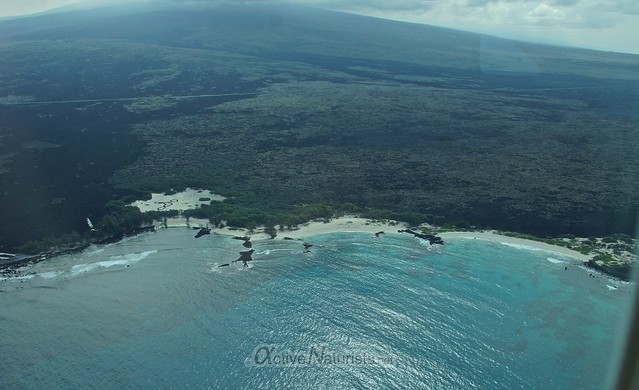 After Maui, I headed to the island of Hawaii aka Big Island. It was a real pleasure to see my first destination on the island – a beautiful secluded beach called Makalawena – from the airplane upon approach to Kona airport. It came highly recommended by two friends, and my guidebook (‘Hawaii, the Big Island Revealed‘) said that it was “the choicest beach on the island [to many who]… don’t mind walking to it”. 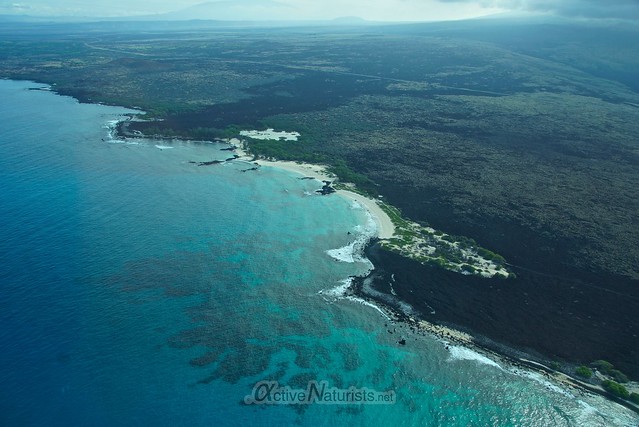 It looked very pretty from the air, with its clear turquoise water, white sand and coconut palm-trees… but I could also see a pretty long road and trails going through black lava field that lead to it! The book certainly had the point, but there was another promising note, which I have to cite here, as it’s quite funny:

By the way, because it’s so isolated, people sometimes travel light to this beach, omitting such extraneous things as their bathing suits. (Yeah, that must be the reason.) 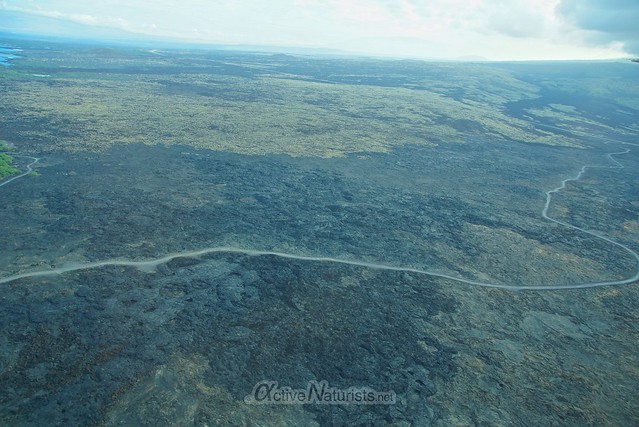 Although I certainly didn’t travel light to this beach – I was carrying all my luggage, two backpacks with me – I still didn’t plan on using my bathing suit, and in fact I got naked as soon as I got on the trail to the beach. 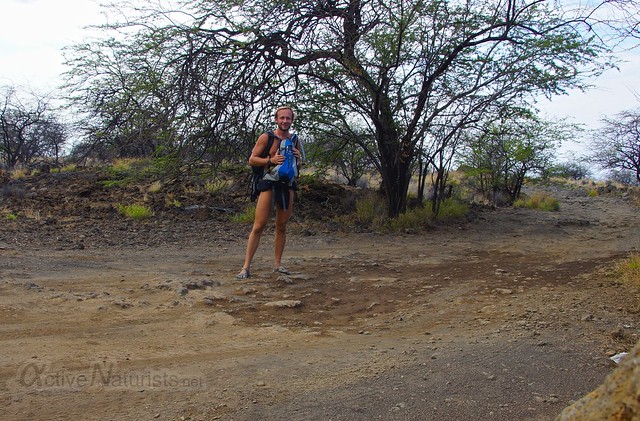 Here, special thanks goes to AJ, my new local friend, who was introduced to me by my other friend and ‘burner’ campmate also called AJ. He drove me to the beach as close as he could and promised to come and join me after work. I still had to walk 2 miles by the unpaved road and a trail towards the beach, but it was a nice hike. 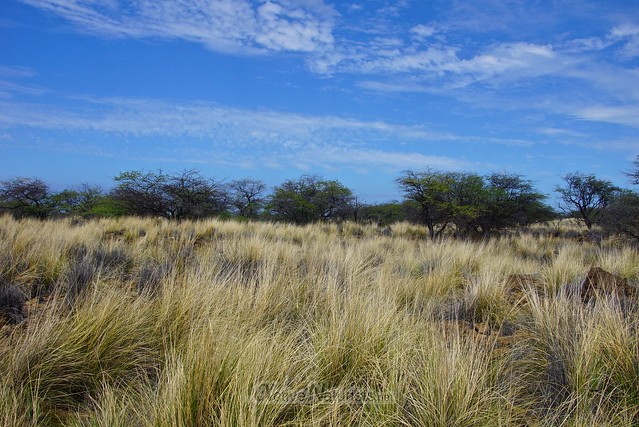 The lava field that this road went through was old enough to give out to vegetation. To my surprise, the landscape looked somewhat like african savanna. 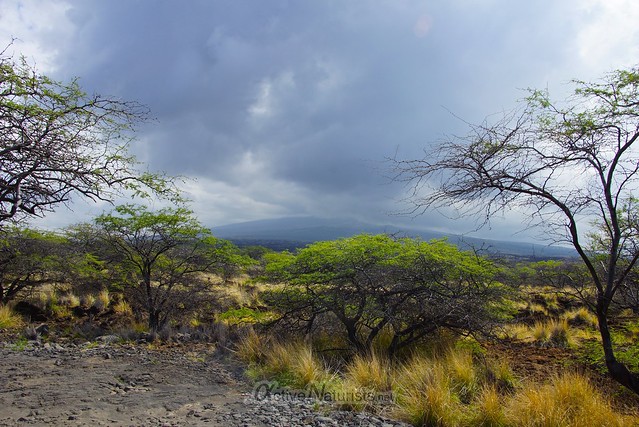 But instead of Kilimanjaro, Mauna Loa volcano dominated the landscape here. 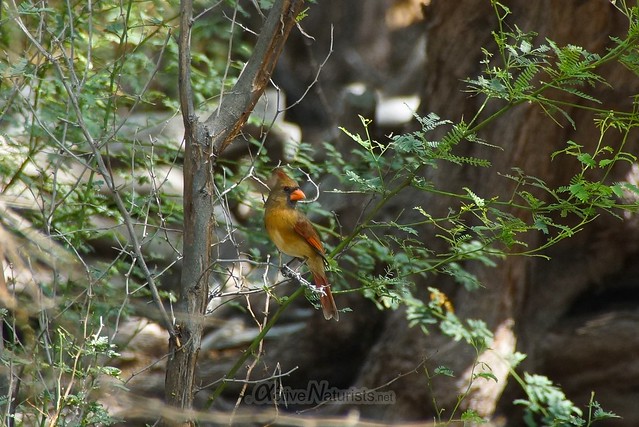 Closer by the ocean, the vegetation turned into a dense but dry forest with numerous birds, among which I recognized cardinals. 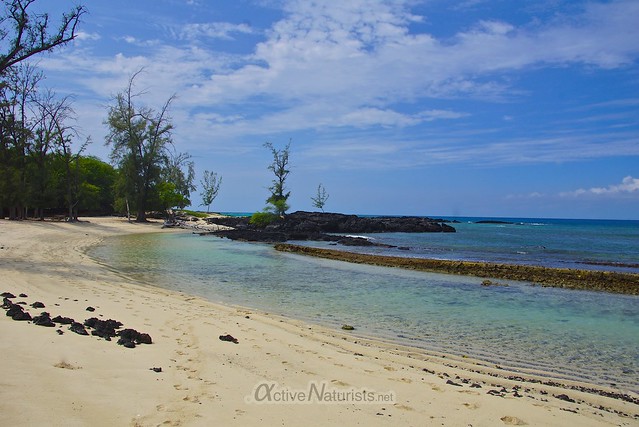 There was a couple of small beaches and hardly any people; one of the beaches had warning sign saying it was private property, and it looked like there was a campground. 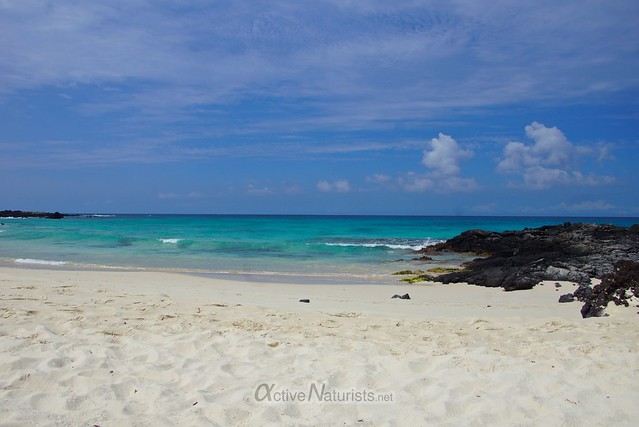 When I arrived to the biggest beach, it was all mine, and throughout the day barely more than a dozen people appeared there. One of them, started talking to me, and it turned out he used to work in my native Ukraine… and visited Hydropark nudist beach in Kiev, which he rightfully loved! I found it quite amusing that we both were praising a beach in Kiev while being at this paradisiacal beach in Hawaii. Well, both places have their perks. I definitely enjoyed that at this beach I could just crack a coconut against the rock and have some fresh coconut water :p

Then I walked in the dunes and noticed the amazing stark contrast between black lava field and blue ocean, mingling of earth and water elements in action.

A dove kept me company before my friend Tod finally arrived from San Diego – we planned the trip on the Big Island together. 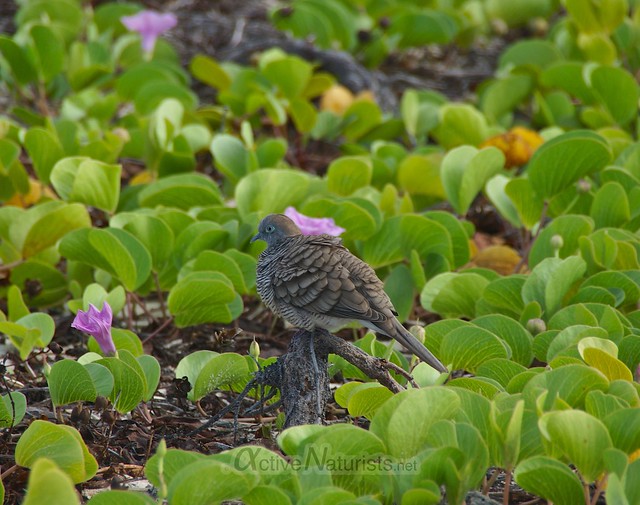 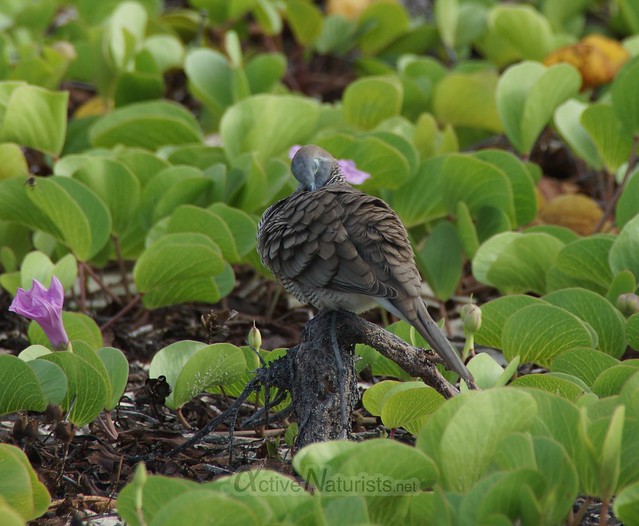 Shortly before sunset, AJ came back too. 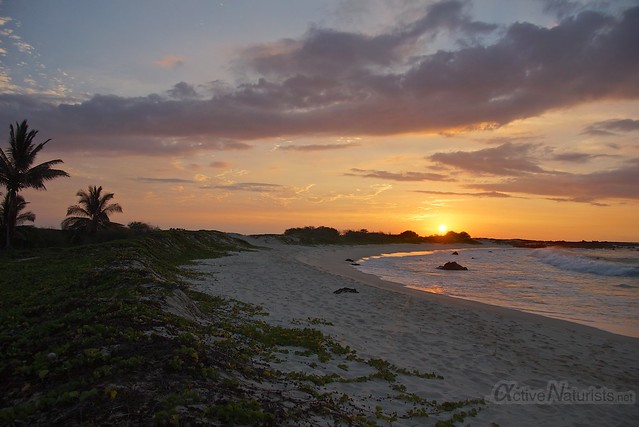 He’s really lucky that he can come to this place and hang loose after work! 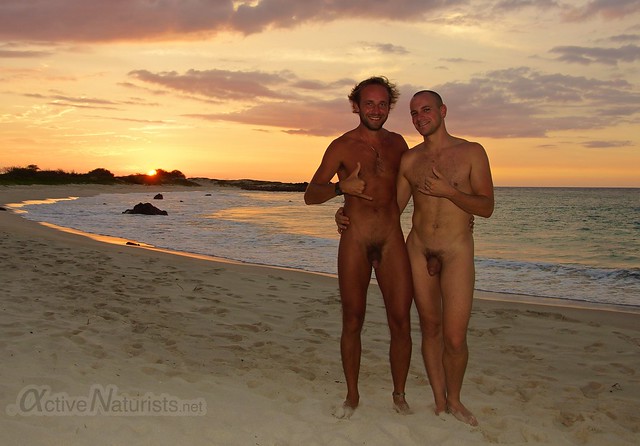 As for me, Makalawena was a perfect start of my visit to the Big Island.

7 thoughts on “Makalawena beach by Kona airport, welcome to Hawaii”