Now that the beach season is open in NYC, here is a recap of last year’s fun times at Sandy Hook, and to complete the full circle (and start the new one!) – a couple of photos from the first beach day this year. (Well, first beach day here – as you know, I was in Miami in March :-))

Before I forget, here are useful links for the Seastreak Ferry that goes to Sandy Hook: two $25 dollar offers – Groupon 1 and Groupon 2; and $30 coupon from  website (regular price for return ticket is hefty $45).

I’ve written on Gunnison Beach of Sandy Hook on multiple occasions (just do a search for “sandy hook” on this website for more); so if you’ve read my blog for a while, you know it’s a kind of beach where you go with with a group of friends, and even if you go alone, you end up with with a few friends anyways 🙂 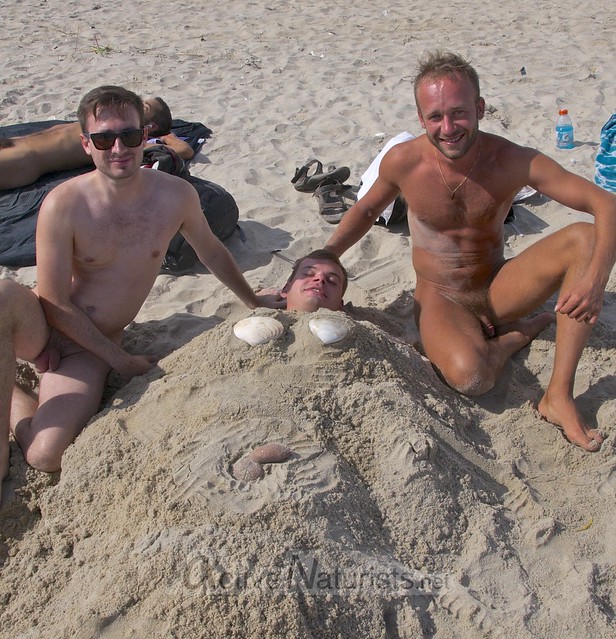 … just sometimes you need to dig them up from the sand! 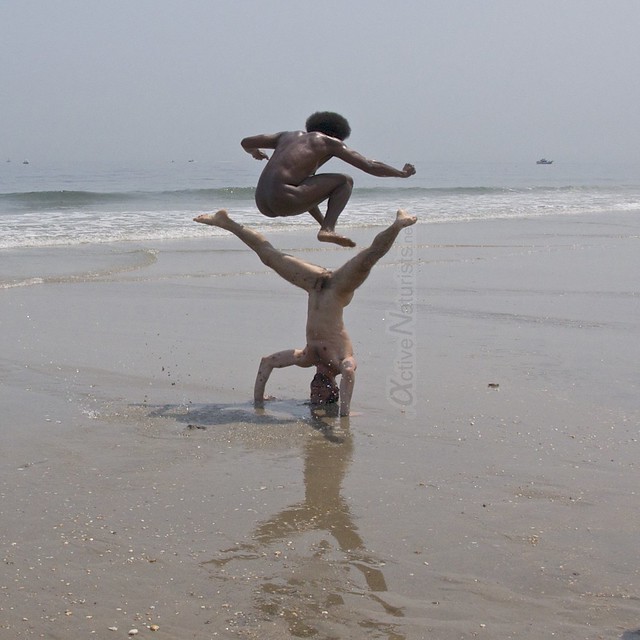 With my friends, our beach day is rarely a passive pastime, as we literally jump around, and frolic in all ways possible. 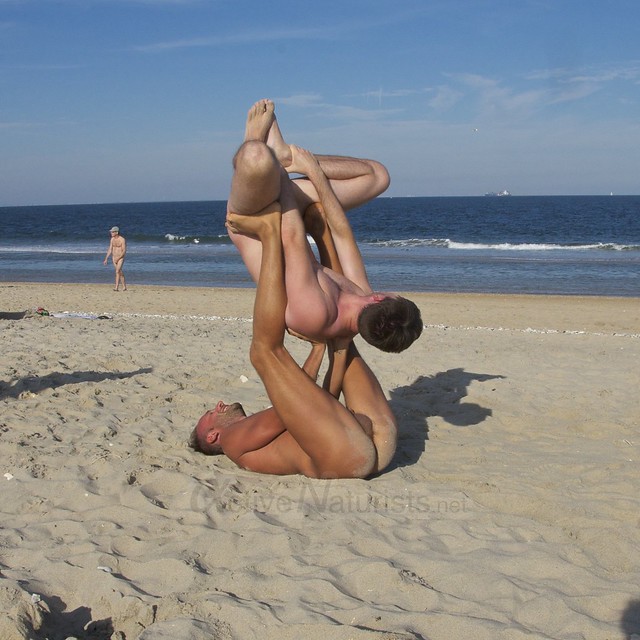 While I did some acro-yoga with one David, I was happy to see another David to be almost fully recovered after his surgery and back to do his gymnastics tricks, including a backflip. 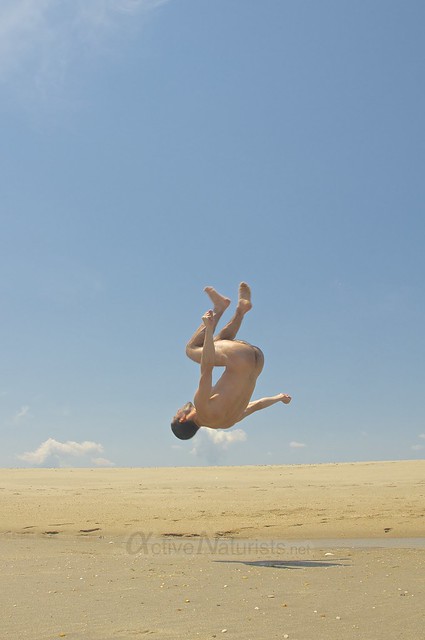 Looking forward to doing more gymnastics and capoeira with him this year, just like we did it two years ago! If you’re there, feel free to join us 🙂

I did report about our ball games at Sandy Hook last year, and I hope to do only more of these year. It’d be awesome if we could manage to play foot-volley, 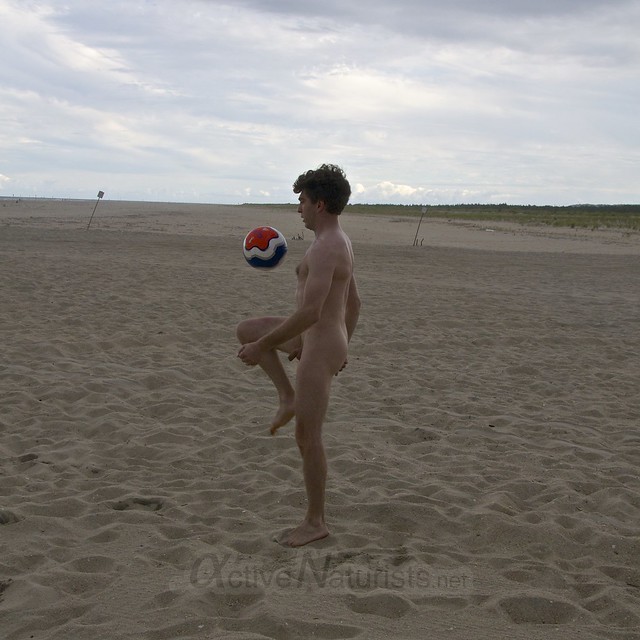 though unfortunately one of my best friends who was good at football juggling has moved to Hawaii. 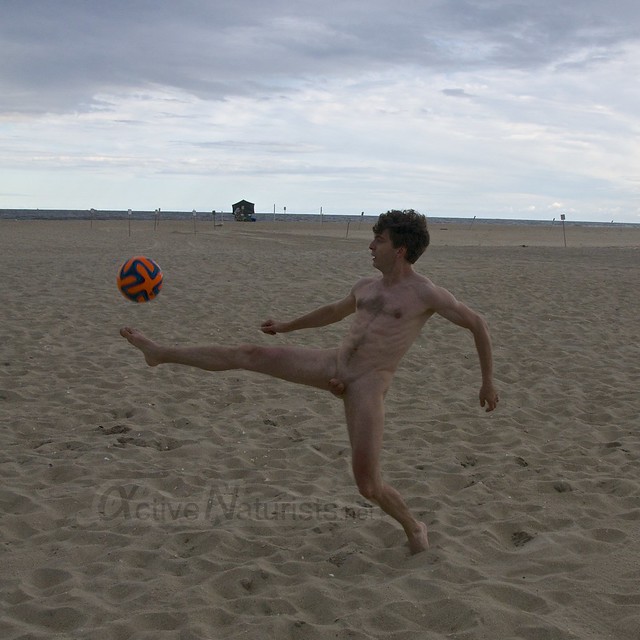 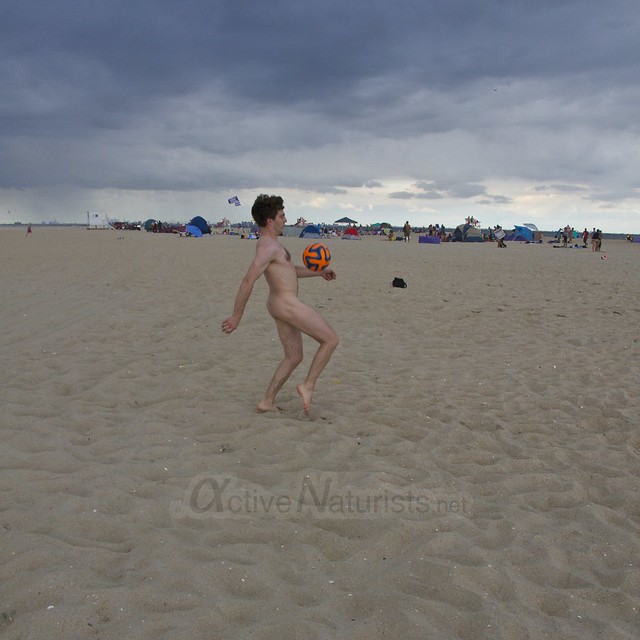 As the evening approaches, the beach is emptying out and calms down. 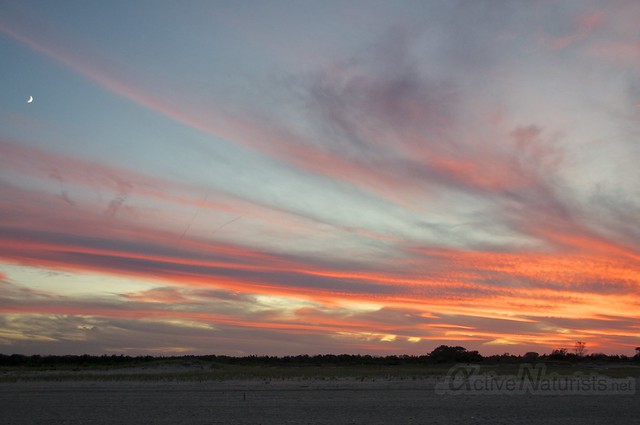 If you stay till sunset, you may be a witness of a grand show provided by our two brightest celestial bodies. 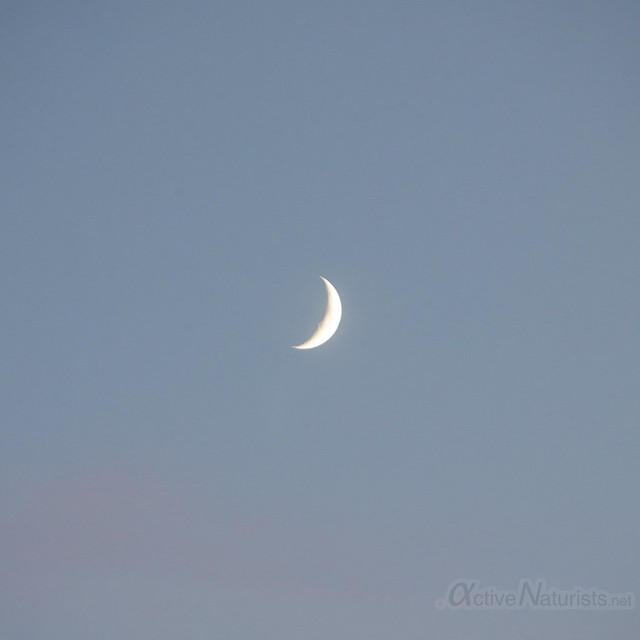 Last year, I discovered that there is a campground on Sandy Hook. Unfortunately, if you want to stay on the weekend, you have to reserve it well in advance (most Fri and Sat nights for this summer have been booked out already)! The campground itself is not nude-friendly, but you can go back to the beach and experience it like never before. 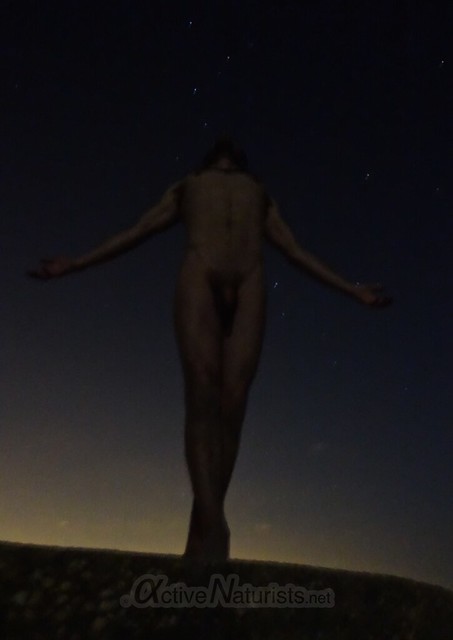 These are pictures from Christian and Giorgio – 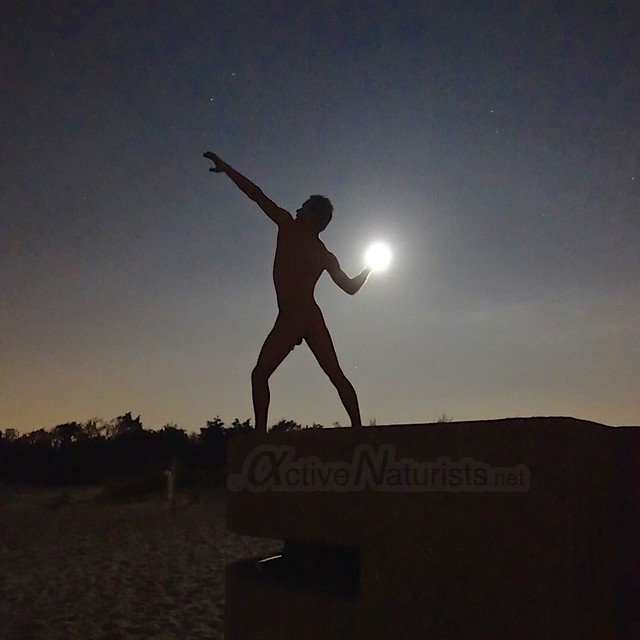 they were inspired by the full moon. 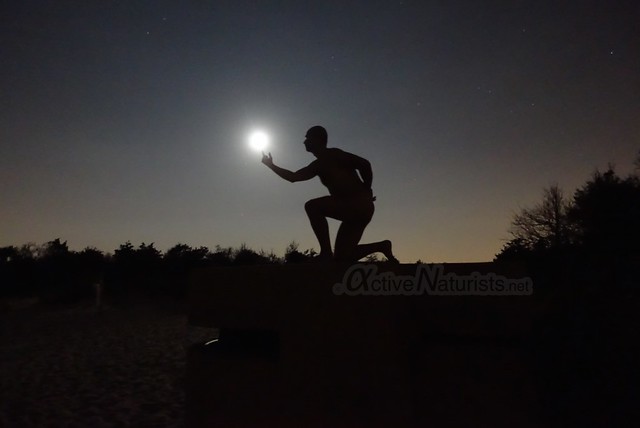 But if you are not lucky enough to capture the full moon, 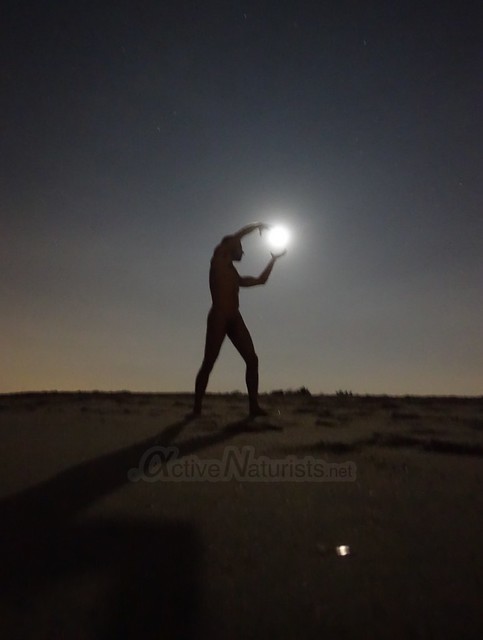 you can enjoy the lights of a different kind: 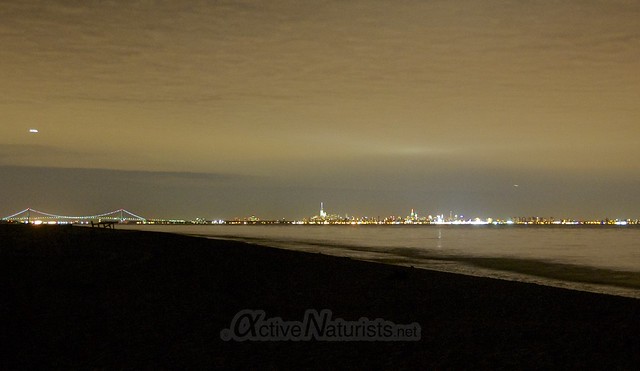 New York City at night provides quite a spectacle too. 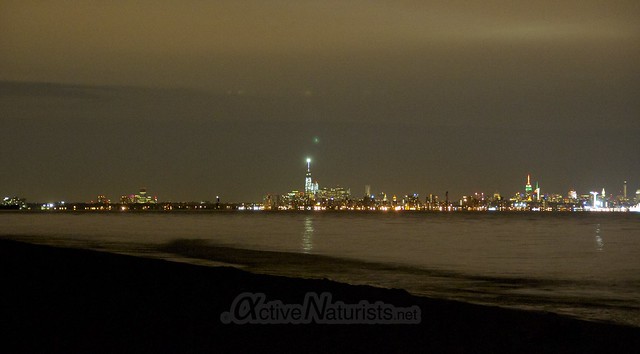 However, I was looking forward to seeing sunrise at Sandy Hook, as the beach faces eastwards. 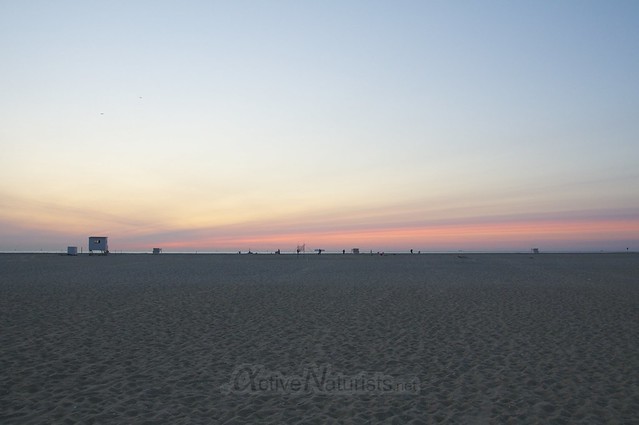 Arriving to the beach just before sunrise, to our surprise we were not the first ones, but it was still very different from a day scene there. 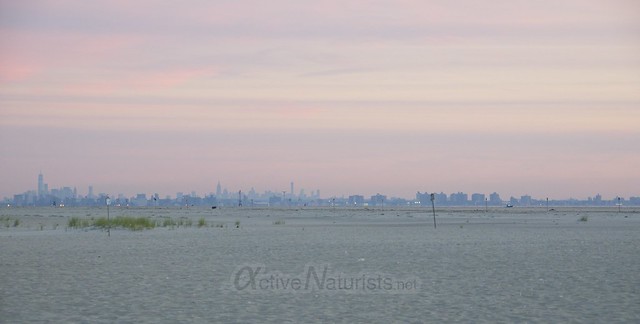 Well, and even the ‘city that never sleeps’ looked kind of sleepy in those pale morning colors. But the sun was about to come out, 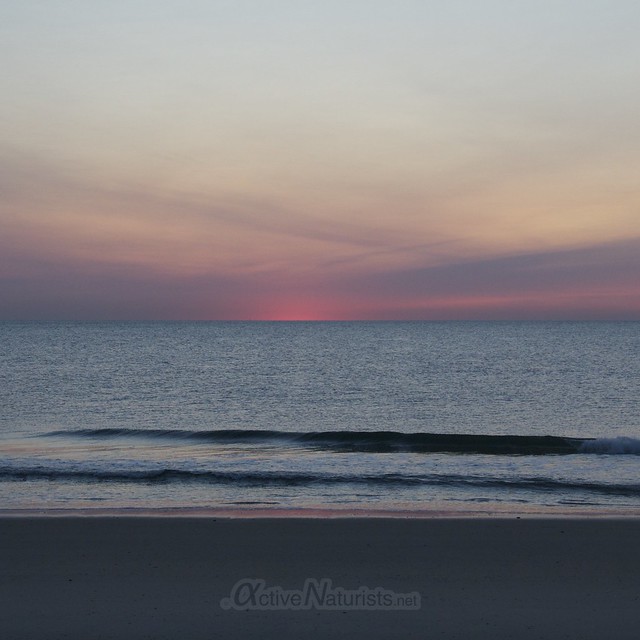 and we looked away from the city skyline. I don’t see sunrise very often, and there is always something inherently exciting about seeing the rise of our parent star. 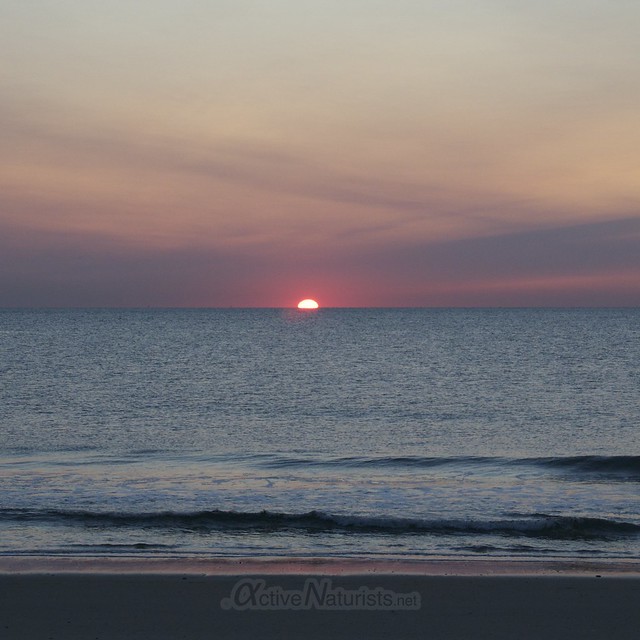 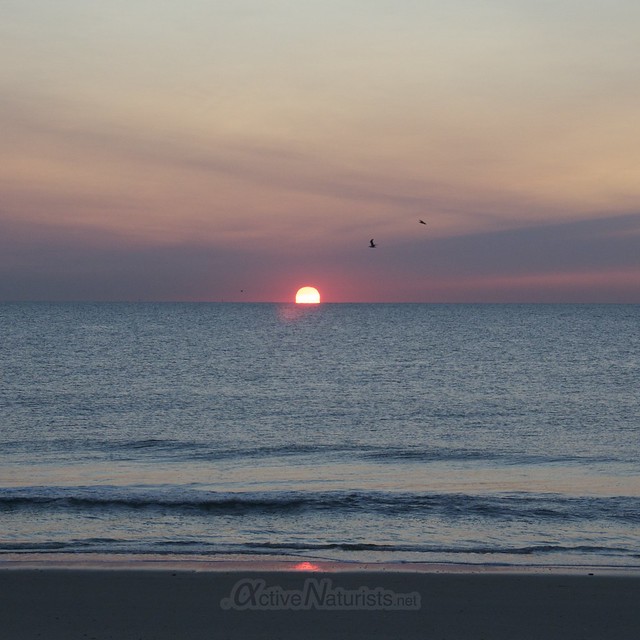 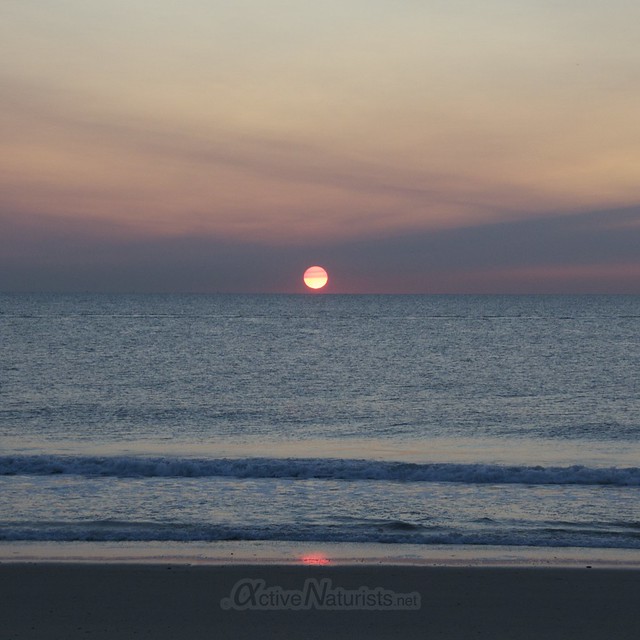 It was even more exciting to experience that naked; not to mention that even in August, dawn time is a bit chilly, so the first rays of the sun were very much welcome on my skin! 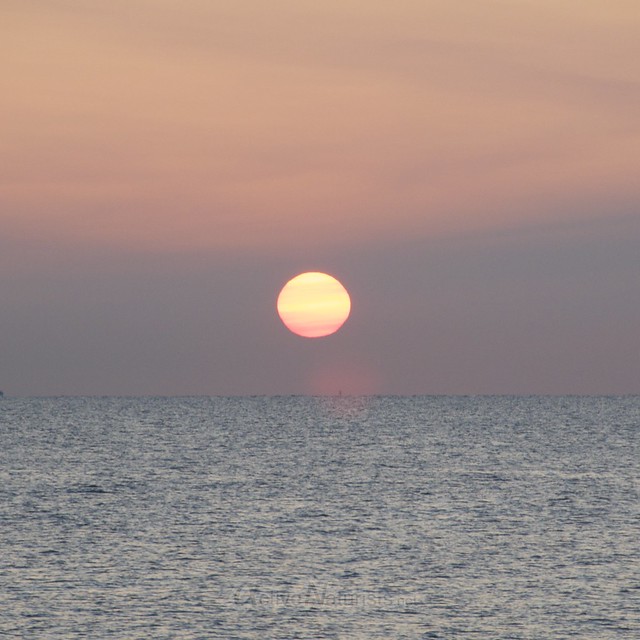 The  beach was still pretty empty, 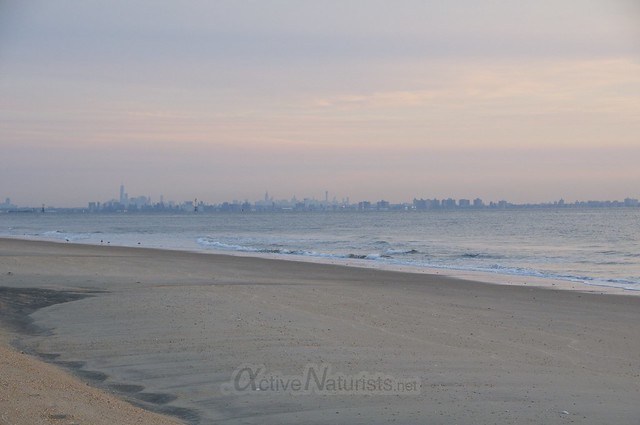 and shorebirds such as plovers certainly took advantage of that. 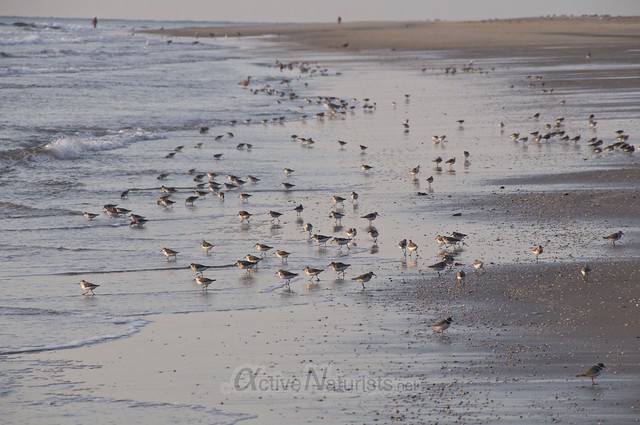 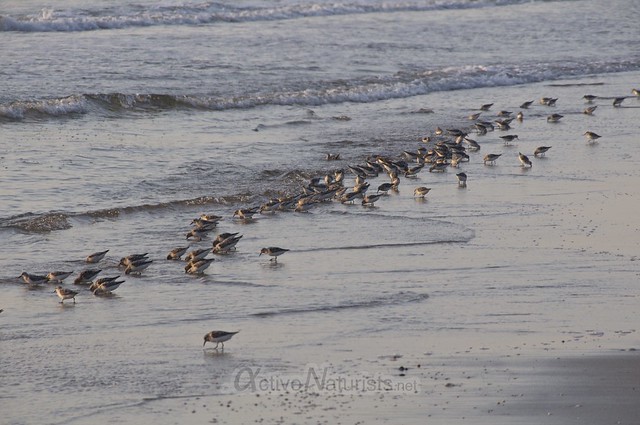 and then hastily run away from approaching waves. They literally live on the edge… of the ocean. 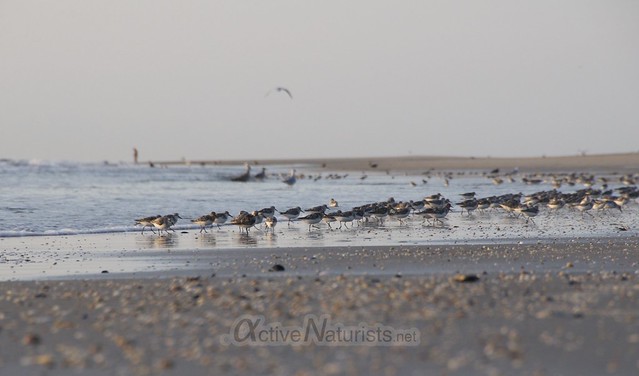 And here is a couple of photos from my first day at Sandy Hook this year – this past Monday. That was apparently the last week until the end of summer when Gunnison Beach was open in its entire length, as already this weekend part of it was closed for an endangered plover species to build nests in the dunes. 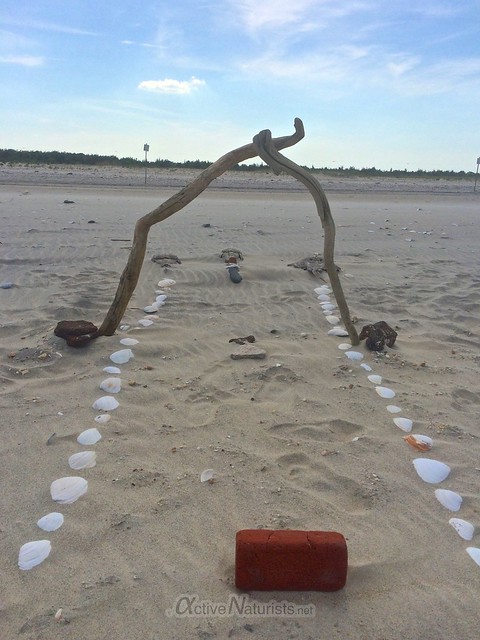 No, this is not how plovers’ nests look like. Somebody had built parts of this construction, but then I found it destroyed by the strong wind later in the day. I repaired this “shrine”, 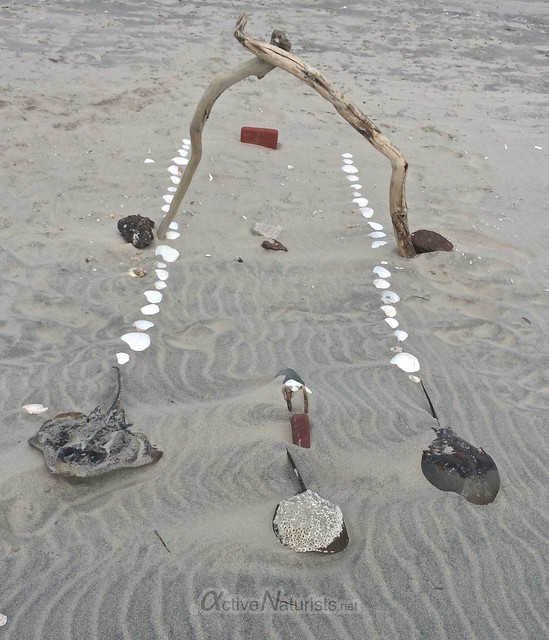 adding an animalistic twist to it. Well, to me it was just an artistic expression, but I can bet that if it ever gets fossilized and then later discovered by future archaeologists, they will get some twisted story to explain it 😀 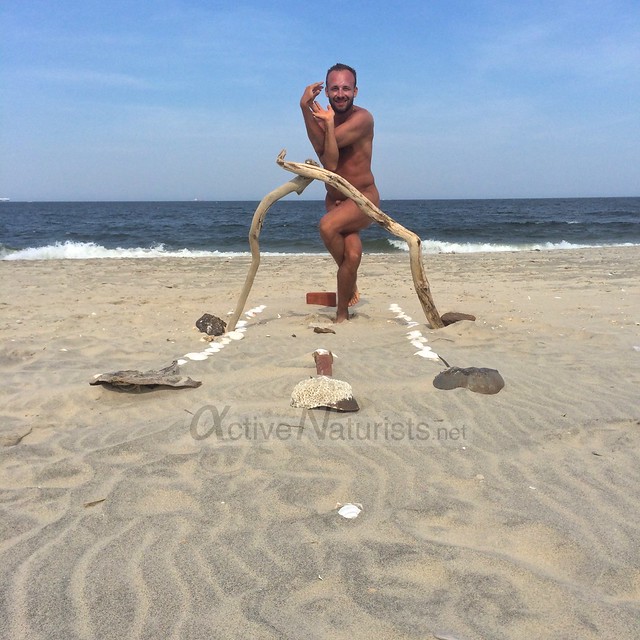 By the way, I have a strong suspicion of who might have initiated this construction, as someone I got to know last year built something of this kind but even more impressive. This summer has just begun though, so surely we’ll have more stories to share from this amazing place!