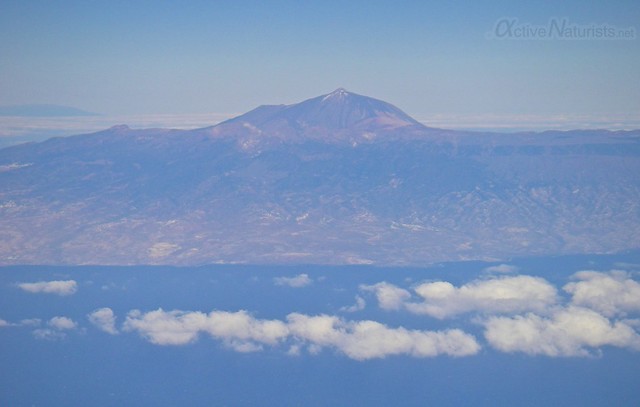 With his recent post about Mas Palomas dunes/beach of Gran Canaria, Juan reminded me of my trip to Canary Islands a few years ago – turns out I have been keeping some material from that trip that hasn’t been published, until now that is! It’s kind of inappropriate that I only had a story about hiking from Tenerife, so here is a post about one of the beaches of the island. 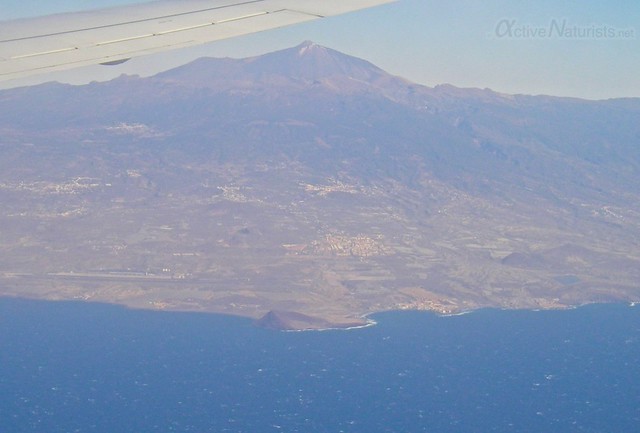 Besides the giant volcano Teide, on the approach to the island we could see a much smaller Mount Roja (“red mount”), and that is also where a naturist beach called Tejita is.

It lies very close to the airport, and we headed there immediately after arrival. 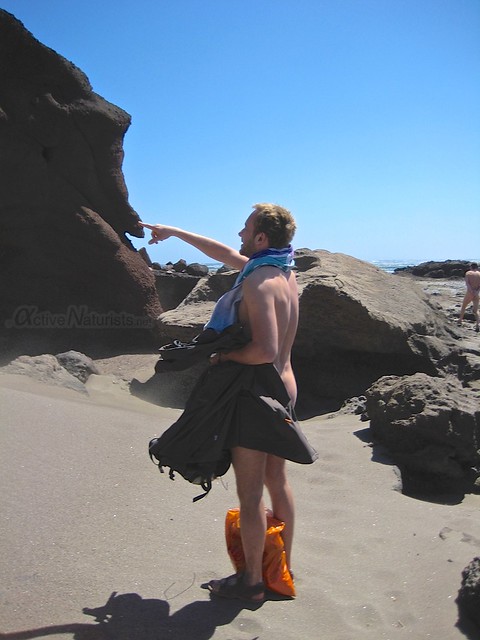 It was very windy, so we found a spot protected by the rocks. The water was clear and perfectly refreshing after the flight! 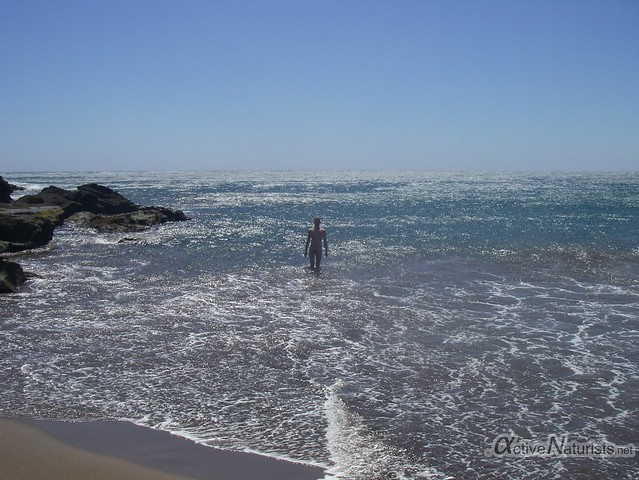 And here is a photo with the view from the Mount Roja that my friend Sean took just a couple of months ago. 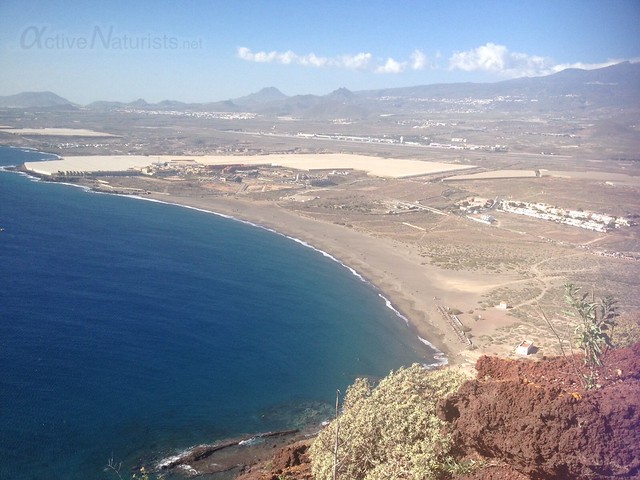 Too bad I missed it, but I’d like to go back to Tenerife again, so I’ll probably have another chance!