Last Friday, the weather in New York city wasn’t the most cooperative for the World Naked Bike Ride, and yet a couple of dozens of hardiest cyclists showed up at the Grand Ferry Park. We welcomed the thunderstorm by dancing naked in the downpour, and as the rain was calming down, we took off to the streets of Brooklyn and Manhattan.

Despite the weather, there were still people on the streets, and we got cheered by pedestrians, other cyclists and car drivers alike! We got some friendly smiles and hand waives even from police. When passers by asked us why we were naked, I replied that skin was waterproof 😉

By the time we got to Washington Square Park, it stopped raining altogether. 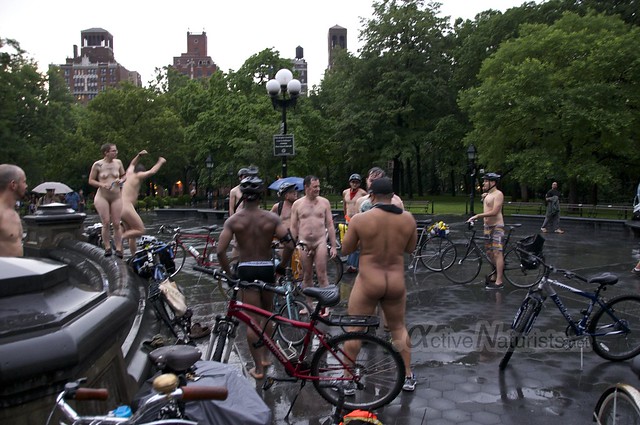 But some of us seemed to miss water already 🙂 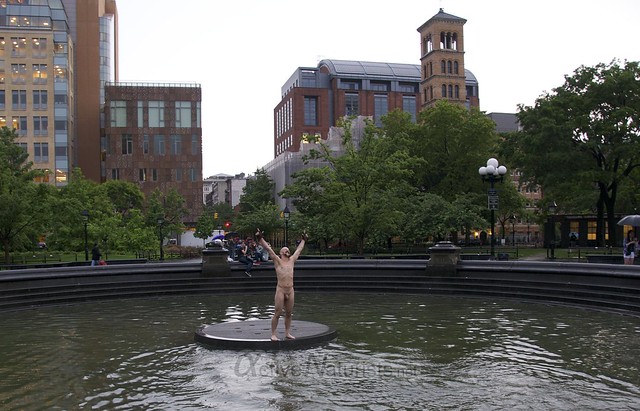 I wish New York accepted nudity, at least in parks, and as these rides show, general public doesn’t seem to be opposed to it, once confronted to a cheerful naked crowd. 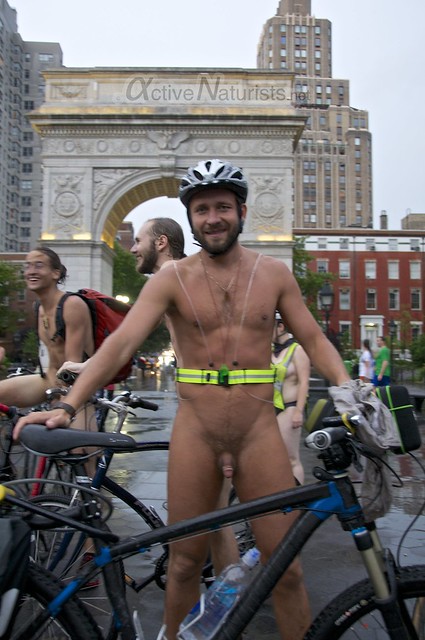 The World Naked Bike Ride aims to promote safe environments for cyclists and public in general, and who would argue that if you can feel safe in your city while being naked, it must be as safe as it gets? 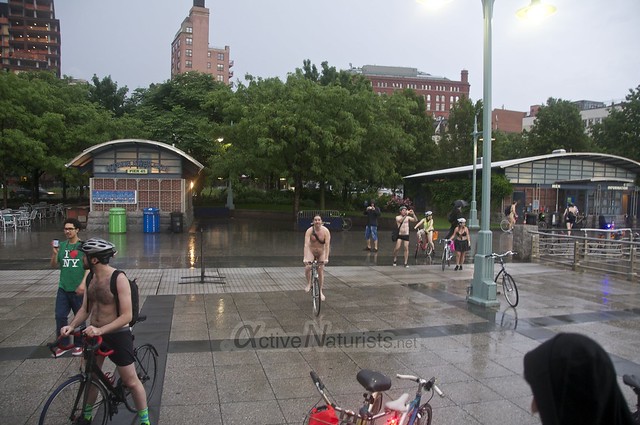 Then we headed out to the Hudson Greenway and took some more pictures with iconic views. 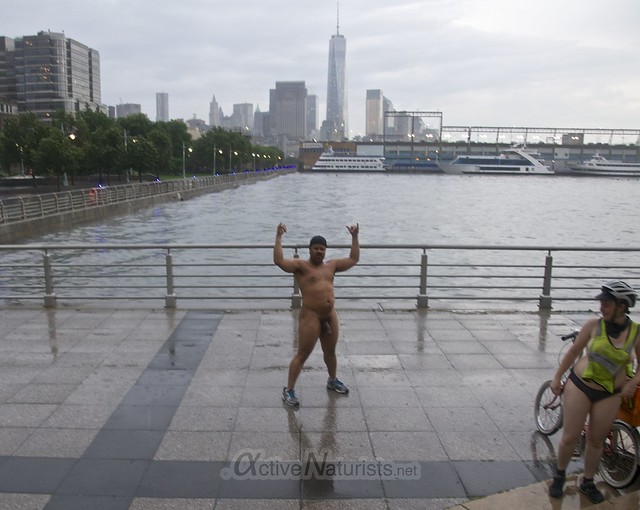 As to the banner, I personally don’t think NYC should be car-free altogether, but it would definitely become a better city, if half of the drivers switched to bicycles 🙂 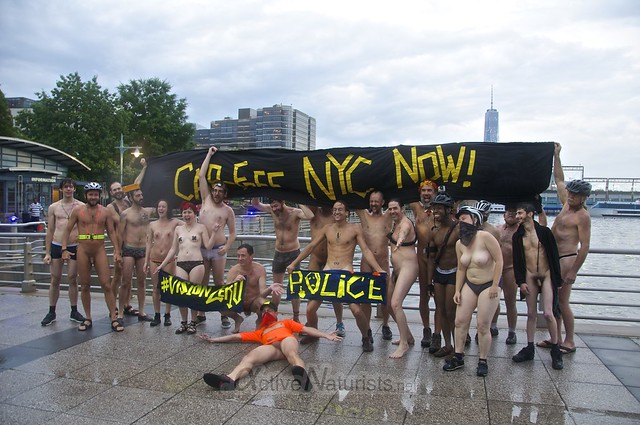 Unfortunately, our ride after that didn’t go as peaceful and proved that it wasn’t the weather we should have been worried about: 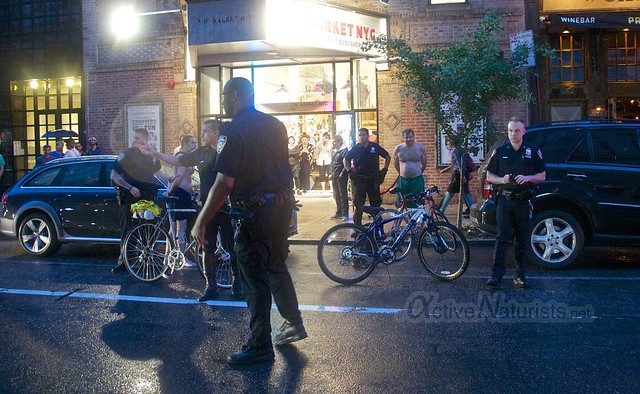 All of a sudden, we were overtaken  by an undercover police car (disguised as a yellow cab!) and then even more police came and blocked the street. We can only guess why, but they also arrested two of the participants! 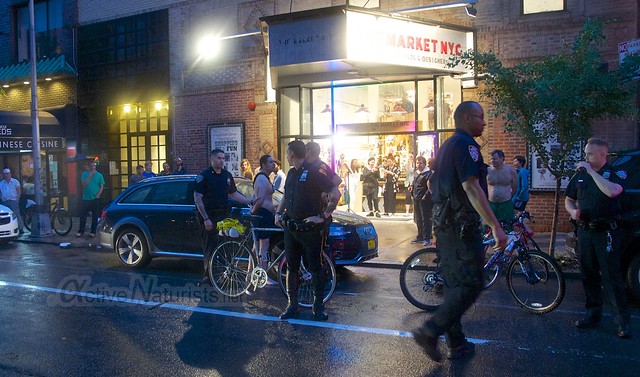 It was pleasing to get support from bystanders. One of them shouted that he thought he happened to be in Iran. However, this didn’t stop police, and our two arrestees were detained till next evening! Your can read more at the blog of one of the organizers of New York’s WNBR, Ben, as well as an article from Gothamist.

I was very happy about how our ride went last year, and there is no reason why it should have ended so bitter this year. I’m especially puzzled why this happens in seemingly liberal New York. I bet many spectators of our ride on Friday had that “only in New York” moment, but what they probably didn’t realize was that in many cities of the world and US, the World Naked Bike Ride actually attracts many more riders, and what happens only in New York perhaps is that participants of such rides get arrested. Hopefully, it’ll be better next year. And there’re still some more rides this year too, including WNBR Boston next Saturday, June 28 (read this announcement about at Boston Magazine).

Last weekend, I went to Free Form Festival at The Schuylkill County Fairgrounds, PA,  and it was a nice and necessary breath of freedom after I witnessed the arrest at WNBR. 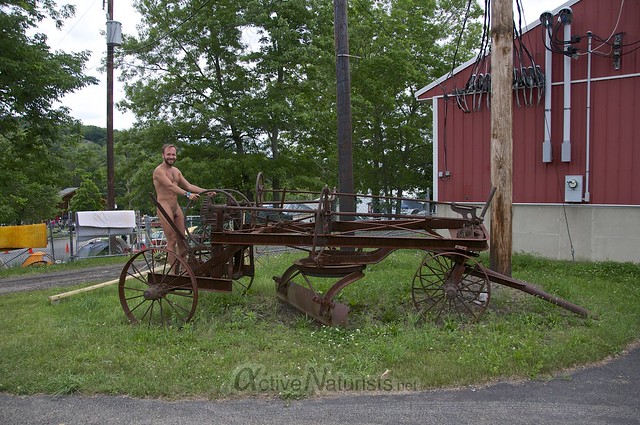 This festival celebrates anything positive and artsy, anything that brings people together and raises the spirit, and social nudity is a part of it.

I started off with a naked lunch, which by coincidence seemed to be all Tuscan style – featuring Tuscan salami, Tuscan bean salad, and Tuscan salami – despite I bought those at different places without thinking about it :p 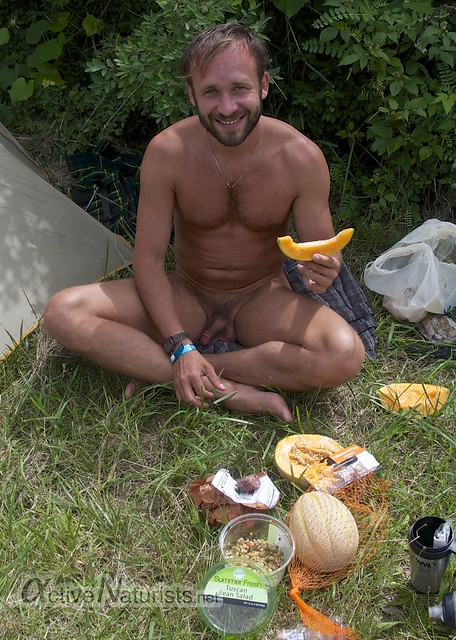 Free Form Festival follows the format of Burning Man, just at a smaller scale and with grass instead of dust. 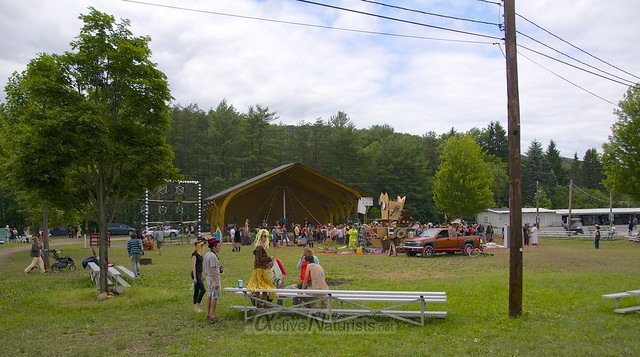 I didn’t take many photos, as it was more about having fun and interacting with people. 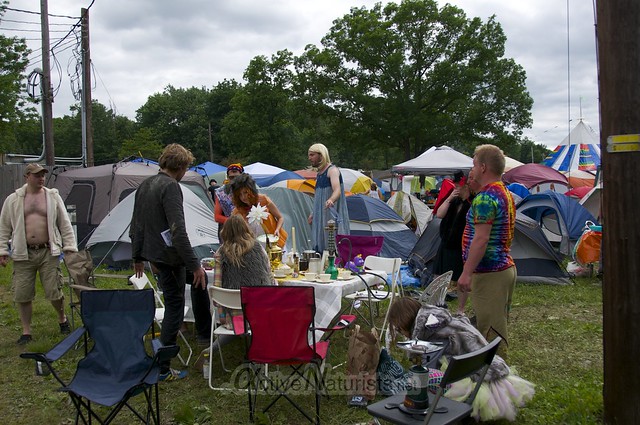 Even though nudity is not common there, it’s definitely welcome. As you can see at this photo from a contact workshop, where we pretended to be a school of fish, nobody had a problem with following a naked dude.

At night, everybody gathered for the effigy burn, and a few people, including me, were dancing naked around. One of the fire spinners got naked too, and had a solo performance on the side. Also, a guy whose dance style was more like Tai Chi got naked too and taught me a couple of principal Tai Chi moves. Then he brought me to a creek with cold water behind the amphitheater. And that was my experience of duality – this year’s theme of Free Form Festival – fire and water, heat and cold, light and darkness…

Hopefully, events like the World Naked Bike Ride and Free Form Festival will make world a more open, accepting and freer place, so that you can feel safe even naked!

12 thoughts on “WNBR NYC and Free Form Festival: free, arrested and then freer than ever!”